In January 2008, I joined the Department of Atmospheric and Oceanic Sciences at the University of Colorado at Boulder. My research direction is the investigation of kinematic and microphysical processes relevant for cloud formation and enhancement of precipitation with special focus on improving quantitative precipitation estimation and forecast during heavy precipitation, thunderstorms, and wind storms in mountainous regions.

Between 2004 and 2008, I worked in the radar research group of MeteoSwiss in Locarno, Switzerland. I investigated the optimal usage of radar polarimetry in mountainous environment with special emphasis on improving precipitation estimation and forecast during severe weather events such as thunderstorms, winter storms, and flash flood events.

From 2003 to 2004, I did a post-doctorate at the University of Colorado at CIRES where I focused on investigating processes relevant for convection initiation along thunderstorm outflows and cold fronts. I analyzed a wide range of experimental data ranging from drop- and rawinsondes to airborne ELDORA and ground based radars. 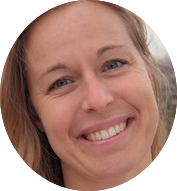